A place to call home at Anne Maree Court 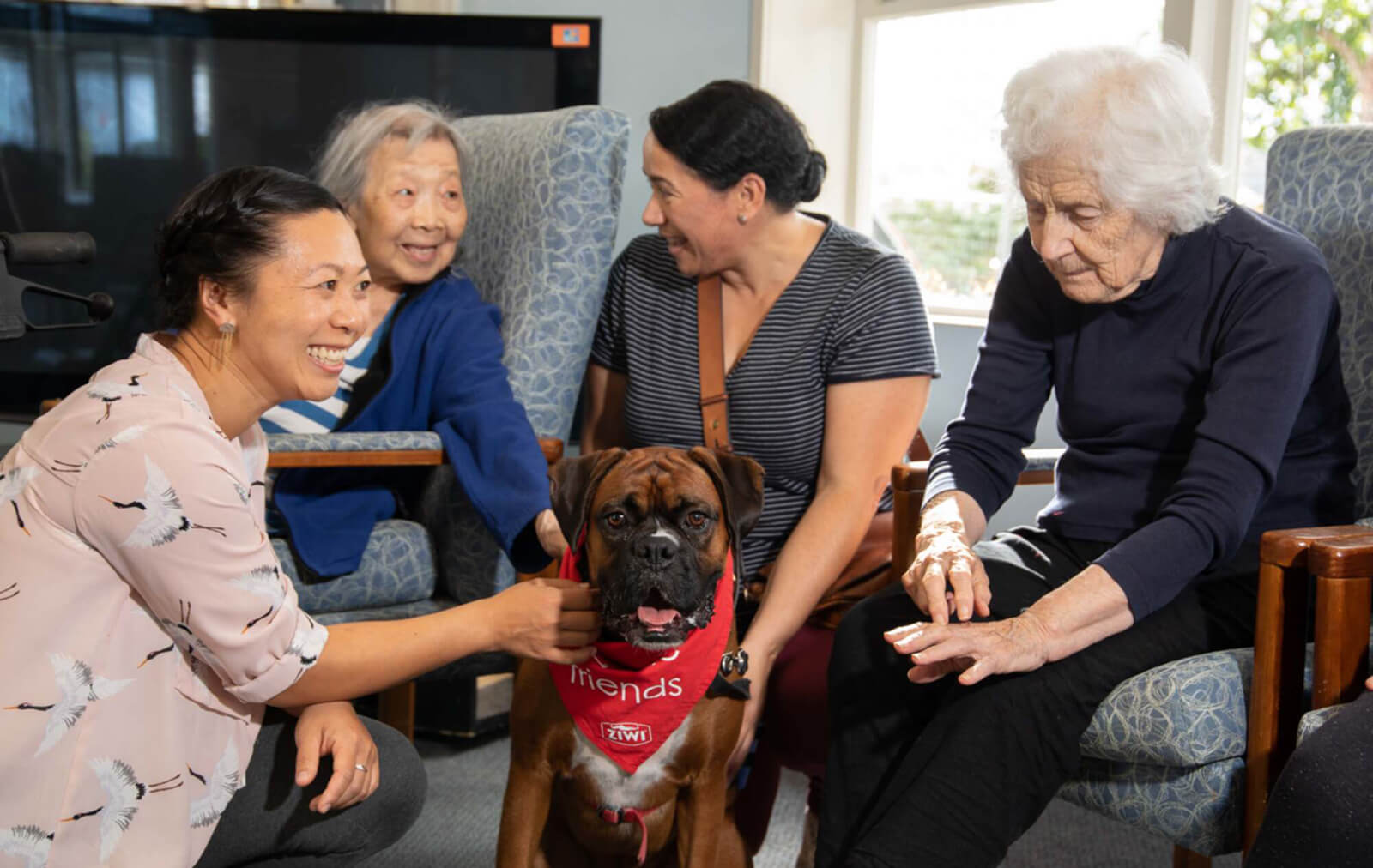 Tucked midway down Fraser Avenue and opposite the Richardson Road cul-de-sac, the Anne Maree Court aged-care facility has provided comfort, support, and a sense of belonging to Northcote’s elderly residents since 2003.

“Anne Maree Court is like one big extended family,” says Angela Lowe, General Manager of Anne Maree Court. “We have one resident who left us after recovering from an illness, but still visits us on a regular basis to catch up with his good friends here.”

“The best thing about Anne Maree Court is that sense of belonging and comfort we give to our residents, that feeling of being ‘at home’,” says Angela

“I think that feeling of ‘homeliness’ comes from our ability to get to know each and every person at a personal level, and ensuring a good quality of life for our residents. That’s why we make it a priority to enable our residents to pursue their interests and hobbies. For example, we have one resident that loves to garden, so we supplied her with garden boxes so that she could plant and tend to her flowers right outside her room.”

Anne Maree Court has a diversional therapist on site seven days a week (far exceeding the minimum requirements for New Zealand rest homes). Her role is to find out about the residents' hobbies and interests and come up with tailored activities and a care plan to meet their social and emotional needs.

“Tina, our diversional therapist, has been with us for over 14 years. She has so much love for our residents and she’s here full time, so there’s always something going on – quizzes, minigolf, bingo, you name it.”

“The family of a past resident donated a minivan to Maree Court in 2013 to show their appreciation for the care their Auntie received. It has enabled us to take our residents on outings at least twice a week, to the beach, for a drive, and to various appointments.”

Grateful residents and families are not hard to come by at Anne Maree Court. Angela says that one resident said he should have moved there sooner, while another resident’s family member said that if she ever needs care, she’d go to Anne Maree Court. “But it’s when residents say they want to go home – meaning Anne Maree Court – that’s when I know that we do a good job.”

Anne Maree Court has lots of private spaces, including courtyards, a library, well-maintained gardens and a great selection of rooms, including more intimate spaces for visiting family and friends. There’s a nurse onsite 24/7, and staff have a “great relationship” with the local GP and the pharmacy.

The team at Anne Maree Court have also welcomed a new facility manager. “Debbie is a real asset to Anne Maree Court - she’s a registered nurse who's worked in aged-care for most of her career. We’re excited to have her on board.”

Angela says that the residents have enjoyed watching the development works across the street. Anne Maree Court is located directly opposite land on Fraser Avenue which has been cleared of state houses, removed to make way for new housing and part of the highly-anticipated Greenway; a series of connected green spaces that residents can walk, bike and enjoy. “It will be great once the Greenway is complete because we’ll be able to take our residents there on a regular basis,” says Angela.

With some spare rooms now available, Anne Maree Court is welcoming new residents to the family. “We understand that moving into an aged-care facility can be quite daunting, so we encourage potential new residents to pop by, have a bit of lunch and ease into it slowly with a single day or overnight stay, whatever works for them.”