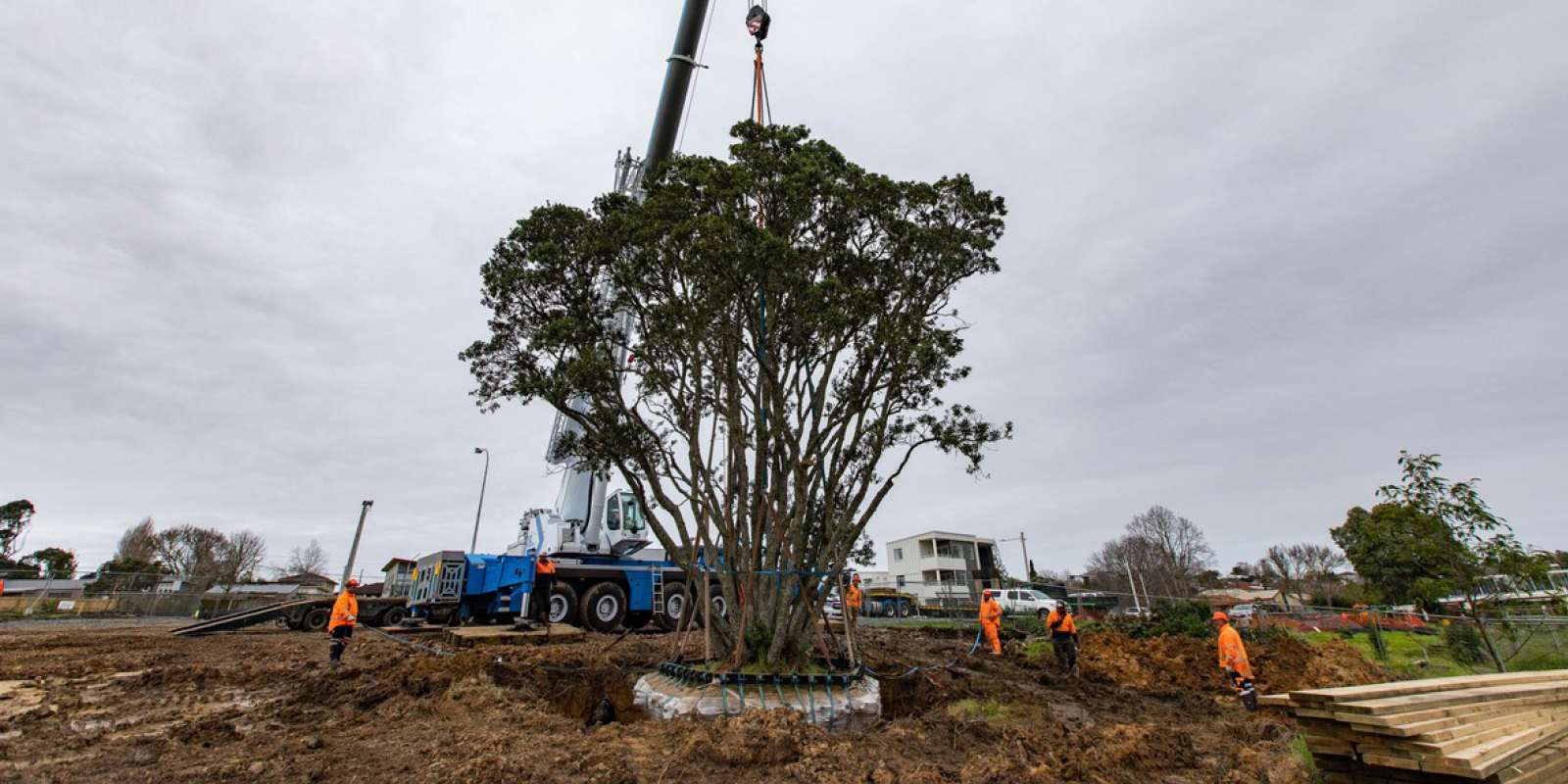 Click play above to see the move in action

It’s always heartwarming to carry over something notable about a place as it gets redeveloped. In the case of Cadness Street, one very notable landmark carried over is a magnificent pōhutukawa tree. At around 30 years old it’s still a ‘juvenile’ (pōhutukawa trees can live for hundreds of years) but it already stretches to about eight metres tall, and once graced the back garden of number 28.

Today, the much-loved native tree is the centrepiece of a new community space at Cadness Loop Reserve. Shifting it there was quite a feat, taking four days in total.

On day one, Piritahi spent the day preparing the tree for the move. After reviewing the dig permit, the contractors began by digging a trench around the tree to shape a root ball. Up above, the tree’s crown was reduced by 1.5m to help balance the tree for transporting.

Day two was spent wrapping and strapping the root ball, then fitting the lifting frames at the base. The crew then moved to pre-dig the replanting hole at the new park. 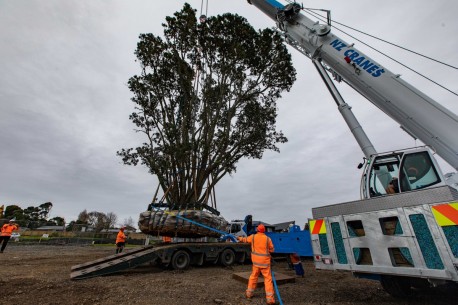 The crane driver and crew were in centre court for this part: the lifting of the tree from its home of the last 30 years onto the truck for transportation to the new site. And this was when the unknown would play a nerve-wracking part. How much did the tree weigh?

After gently moving the wrapped tree off the soil bed the scales showed an all-up weight of 26 tonnes – too close to the margin of error allowed of 32 tonnes (crane maximum lift). The move was abandoned and postponed to the next day while the root ball was reduced some more.

The next day, the lift registered 20 tonnes. Success! A few careful minutes ensued, craning the huge pōhutukawa onto the truck, before an hour was spent securing it for the move.

It was then escorted like royalty to its new home 300 metres away in Cadness Loop Reserve, where it now sits tall and proud: the first piece in the new park to arrive. 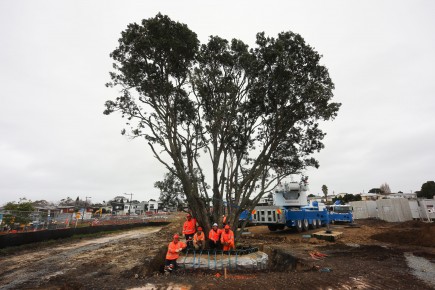