Interwoven – art links our past, present and future 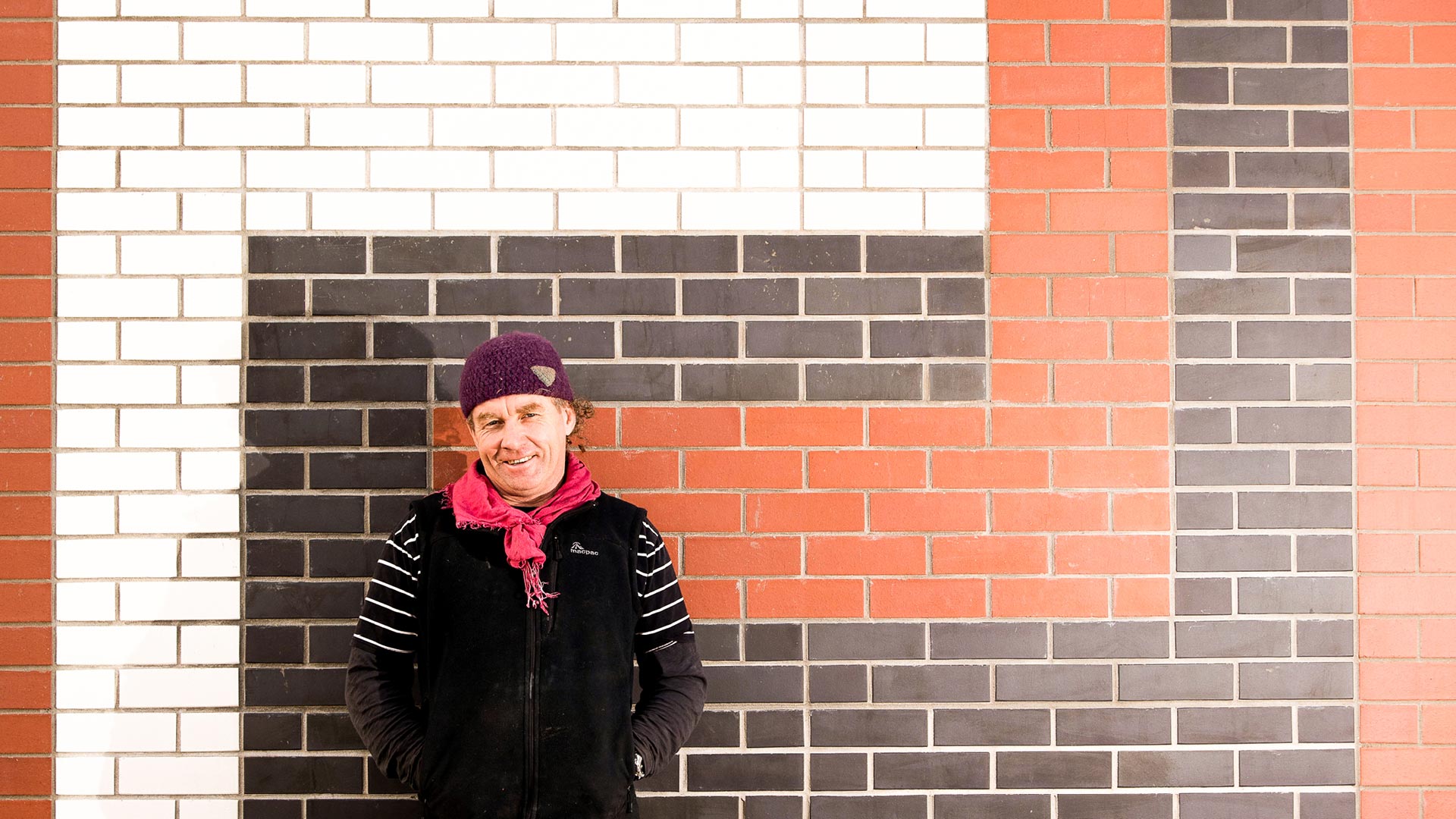 Interwoven art links our past present and future

Tāmaki Makaurau is a landscape of Māori spiritual and environmental markers that are deeply connected to the place and its people. In the Northcote Development, exterior artwork is creating a new cultural signpost.

Te Onewa Pa once kept watch over the Waitematā Harbour at Northcote peninsula, protecting the kāinga (villages) of the Ngāti Paoa iwi at its back. A totara stood tall, giving the point its name, Totaratahi. The people lived off shellfish, mako shark, cultivated kūmara and foraged plants.

As a community that made its buildings and artworks mainly from organic materials such as wood, bone and plant, the physical history of Māori in the Northcote area isn’t obvious today. Objects that have lasted the longest are tools and taonga made from stone and sometimes shell, while the settlements of the local hapū have disappeared beneath the colonial past and modern development.

But the culture of the Mana Whenua is woven into the land of Onewa / Northcote, and the development at Fraser Avenue is giving future residents the chance to reflect on its journey.

A neighbourhood within the neighbourhood of Northcote, Fraser Avenue is made up of 102 apartments in five three-storey buildings around a central green space. Each of the buildings has an exterior wall featuring one of five tukutuku-inspired artworks. A central water feature with a pounamu touchstone is planned for the green space and four kōwhatu/ stone carvings are underway for the entry points to the apartments.

The brickwork tukutuku on the buildings and the carved kōwhatu are by sculptor Anton Forde, who is working with developer NZ Living across a number of sites. “One of our aims is that people really feel part of their community, that is why we want to create visually and physically responsive works that honour past, present and future in a captivating and gentle way,” says Anton. “I believe that having artwork like this is hopeful, it’s creating a change for good. People can reflect on what happened in the past and look at moving forward.”

Woven into the walls

Usually seen on the inside walls of wharenui, tukutuku is a type of weaving or cross-stitch wall covering. At Fraser Avenue, interlaced brickwork on the outer walls of the buildings is bringing the traditional patterns into the light.

The patterns each have their own whakapapa. The saw-edged pattern of niho taniwha (taniwha/dragon teeth) links to Northcote local iwi Ngāti Paoa who whakapapa to the Tainui Waka / Waikato. One of the most well known versions of the pattern describes how Waikato iwi are looked after by all the taniwha/kaitiaki (guardians) along the Waikato Awa.

Standing strong on the other buildings are the warrior-like angles of the kaokao (ribs/armpit), the pātiki (flounder) with its diamond-shaped fish motif, and the ever- climbing and descending steps of the poutama design. For the Tonar Street side of the Fraser Avenue development, Anton chose the pattern roimata toroa, which means ‘tears of the albatross’.

The toroa (albatross) has a unique ability to drink sea water, expelling the salt through its tear ducts – albatross ‘tears’. The world's largest seabird, toroa may travel over 15,000km around the world during the course of a year and, after about eight years, returns home to mate and breed. For Anton, the roimata toroa is connected with the importance of kāinga, a word that means both ‘village’ and ‘home’.

A story of home

Working within the Te Aranga Māori design principles is one of the ways new developments can allow residents and visitors to reflect on the history of the area. NZ Living (Fraser Avenue developer) director Shane Brealey sees it as an incredible opportunity to bring New Zealand’s cultural story into the light. He has previously commissioned Anton to produce a number of exterior artworks including installations in Otahuhu and Onehunga developments. In an upcoming NZ Living project planned in Tāmaki, Anton will be working with another Māori visual artist – both hold Masters of Māori Visual Arts from Toioho ki Apiti / Massey University.

“We are trying to capture the essence of traditional patterns translated into a contemporary context,” says Anton. “Every pattern has significance to iwi across Aotearoa, New Zealand and every iwi has its own story about the pattern – but the connection to a feeling of kāinga is universal.”

The earliest stories of people on the peninsula of Onewa and the area of Northcote were \ those of the hūpu that settled the region. “With NZ Living we are able to pay tribute to the original homeowners of the various pa sites of the past,” says Anton. “It creates an opportunity for people to connect with these stories for many years to come.”