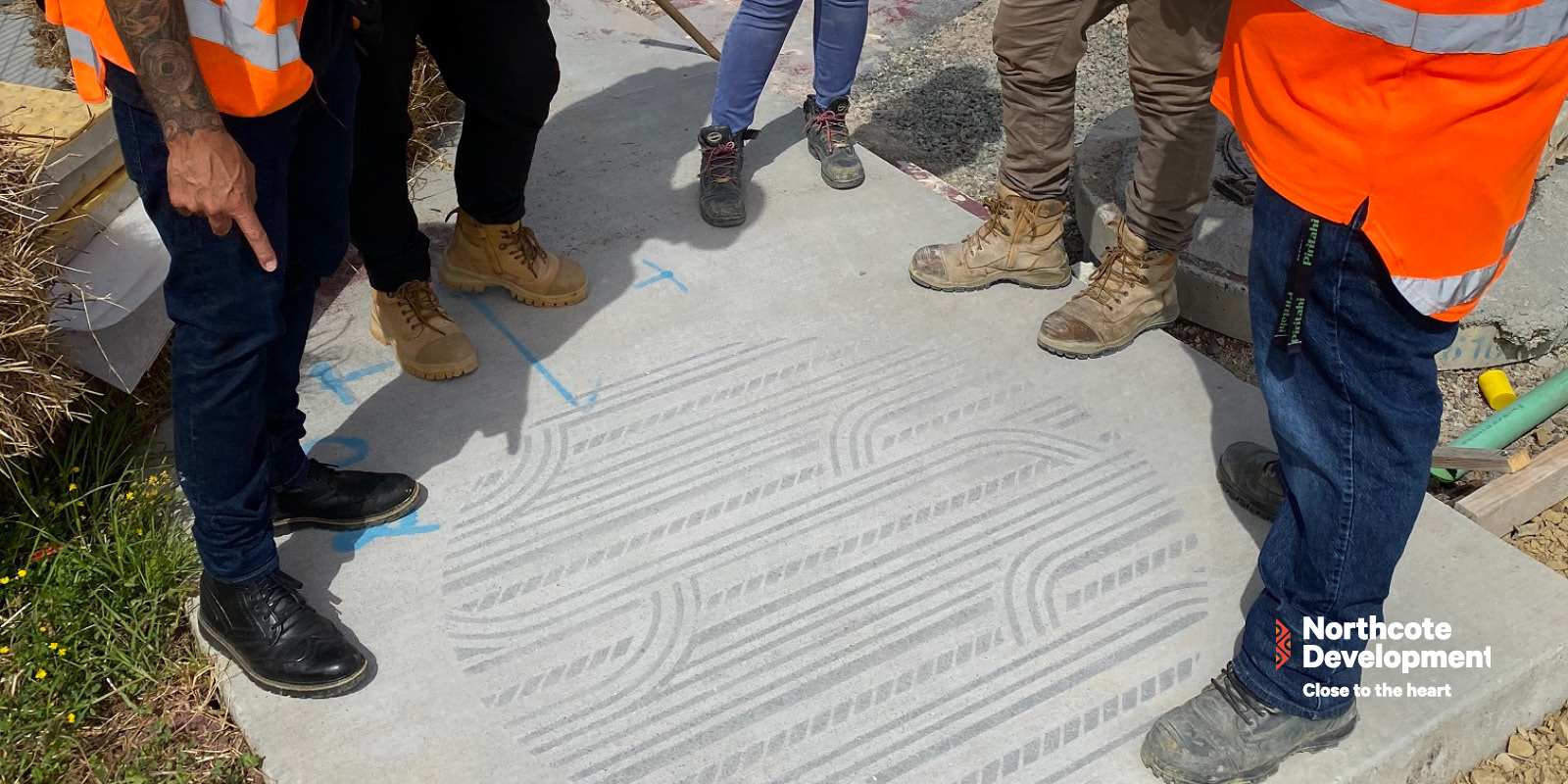 Richardson Park, a new ‘pocket park’ on Richardson Ave, Fraser Avenue and Lake Road, is close to completion. Richardson Park has been designed specifically for children under 10 and will have a selection of safe but fun activities for families to enjoy including mini trampolines, a birds nest swing, lots of green space for kicking a ball around, sheltered areas, artwork by local Māori artist, public BBQ’s and children tables. The park should be completed by the end of March.

“This is a nice little space for kids to come in from around the Northcote community and just chill out, kick a ball around, and play in a safe and fun environment,” Umesh Day, Director of the project  says.

Local iwi have engaged an artist to create a pattern that will be etched into the concrete and onto the shelter posts, weaving a cultural narrative throughout the park.

The park connects recent housing developments in Fraser Avenue and Lake Road and provides opportunities for residents to meet and for children to form friendships with their neighbours.The location places the park at the heart of Northcote’s new communities.

“With new people moving to the area and many of them living in apartments, parks like these serve as a shared ‘backyards’ for everyone to enjoy,” Daya says.

Pocket parks are typically small public parks built on single vacant lots. In the Northcote Development, pocket parks are playing an important role in creating a network of greenspaces and play areas that weave the community together.

For example, the Whakamua Parade park, which opened in December, connects Richardson Park with the Te Ara Awataha Greenway via a series of stepping blocks and balance beams.

Parks in other parts of the community will cater to other age groups. The Cadness Loop Park will have areas for skateboarding and parkour, which is more suitable for teenagers.

Daya says another piece of land adjacent to Richardson Park will be converted into a walking park in a year or two, completing the connection with Lake Road.