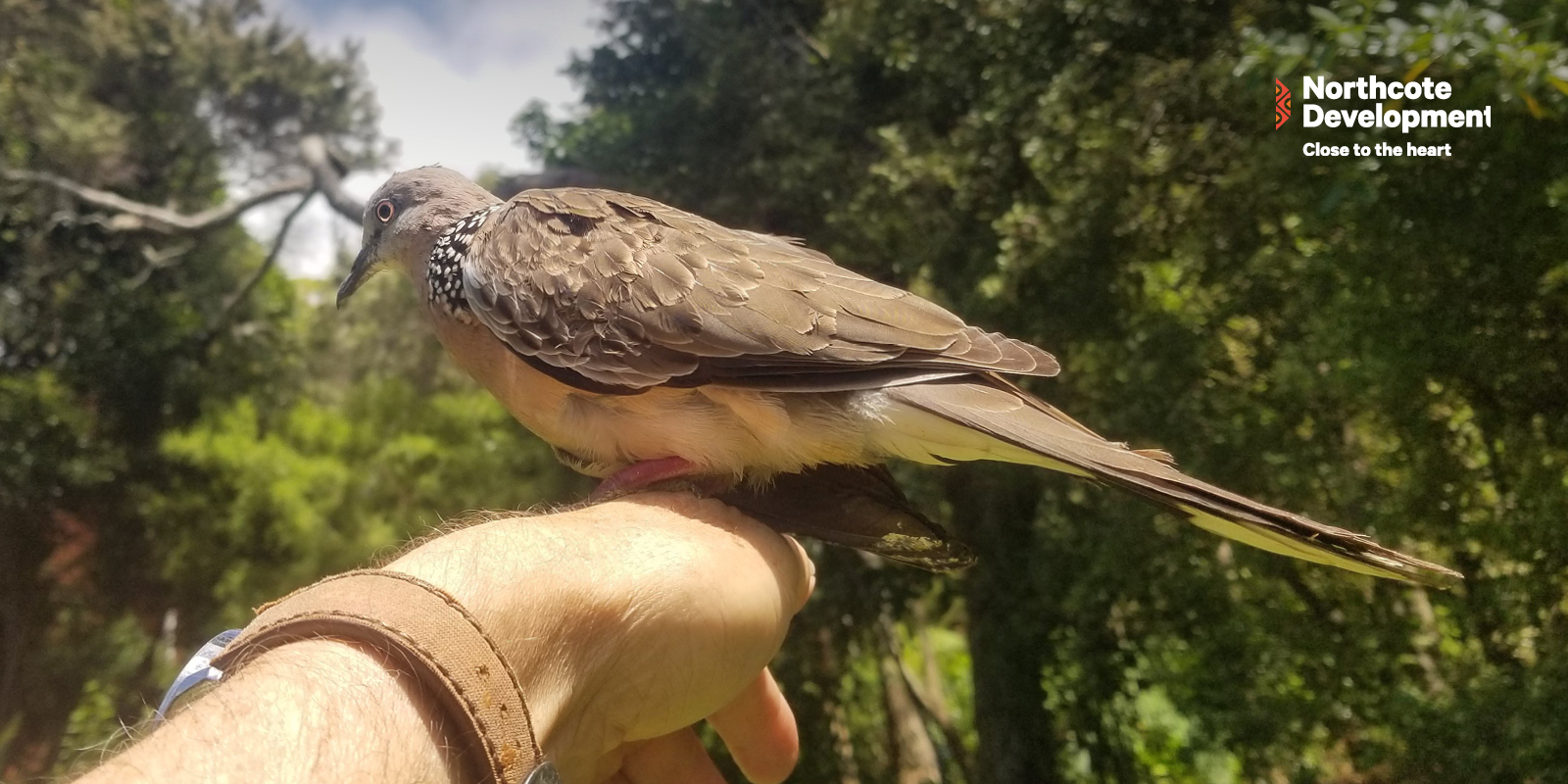 “Once the wider greenway is built we will start to see these creatures, and many more, living alongside the town centre and new homes in Northcote.”

Northcote Development works with partners to ensure biodiversity is retained and enhanced as part of its projects. At Jessie Tonar Scout Reserve, the Kaipātiki Project team has been working hard to regenerate flora and fauna, sharing the mahi with Panuku, Auckland Council and community groups. It’s a team effort caring for our whenua and the big picture is a healthy natural environment for all to enjoy.

As well as making a big difference, there’s lots of attention being paid to the little things, too. Over summer, a Kaipātiki Project team member discovered a wounded dove, which had suffered some damage to its wing.

“It was sitting on the ground and allowed itself to be picked up. The dove was taken home and allowed to rest up and then it was successfully released back at the site a few days later, much to the delight of its mate,” say Sam Tu’itahi and Neil Henderson from Kaipātiki Project.

Doves are known to mate for life, so this was a heart-warming result.

Further animal tales from Jessie Tonar Scout Reserve include plenty of bees, which have been attracted to an abundance of coriander growing in a tended area. The reserve is the source of the Awataha Stream, and in a recent water-monitoring session, water ecologist Brett Stansfield and a team of volunteers discovered a banded kōkopu (native freshwater fish).

Brett has now identified 22 species of macroinvertebrates in the Awataha Stream, including  Xanthocnemis damselfly and Zelandotipula cranefly. (Macroinvertebrates are animals without backbones that are large enough to see without a microscope).

Sara Zwart, Panuku Project Lead, says it’s exciting to discover and learn about the existing biodiversity at Awataha. “Once the wider greenway is built we will start to see these creatures, and many more, living alongside the town centre and new homes in Northcote.”

You can read more about what is happening with the regeneration of Jessie Tonar Scout Reserve here.