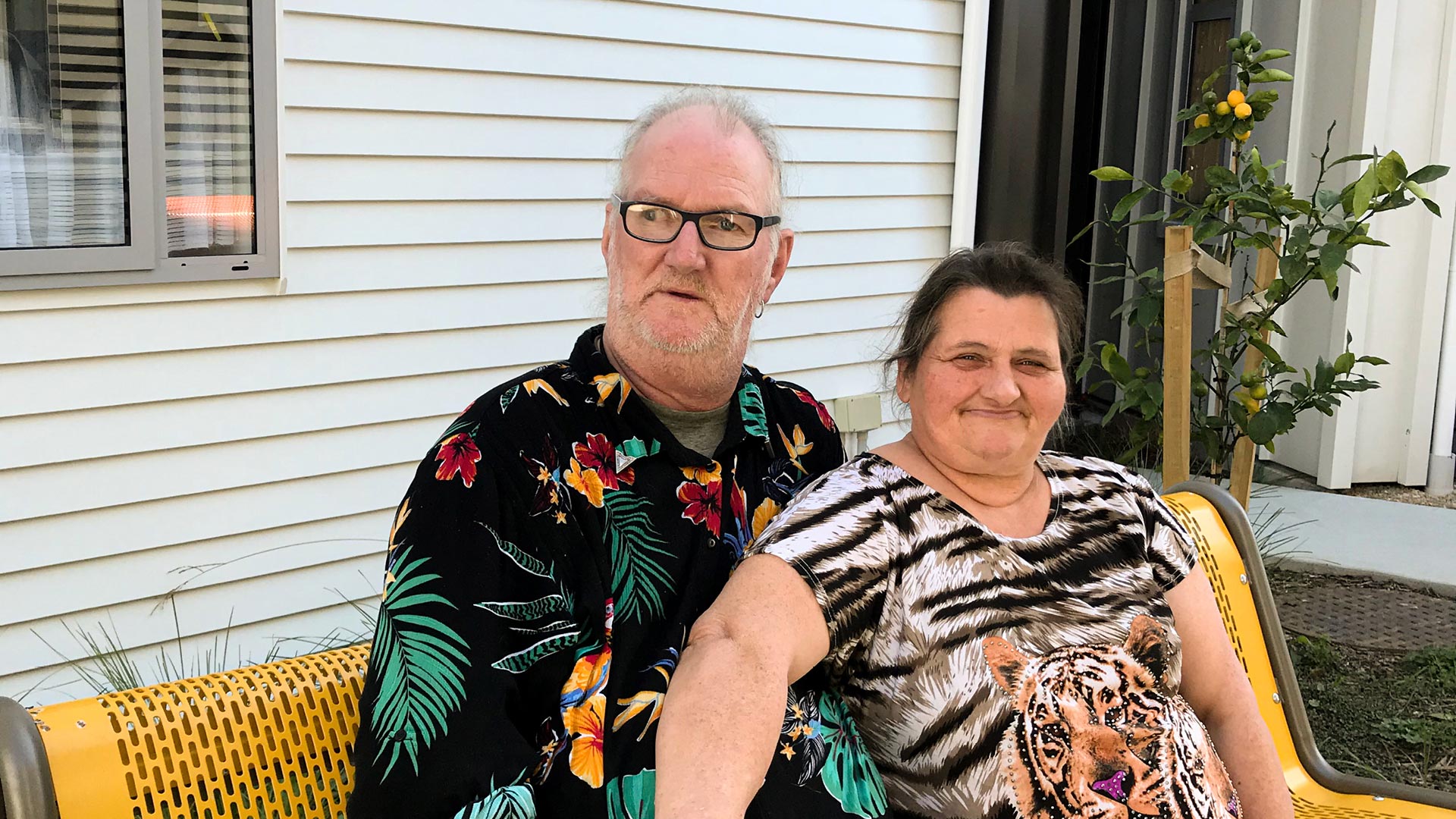 Moving was a big change for the Cadness Street tenants we talked to, but a few months later, they’re liking their newly built Kāinga Ora state homes.

At Greenslade Crescent, a number of state houses are being removed as part of Stage 3 of the Northcote Development. The houses were old and run down, but they were home for the people who lived there.

“I haven’t got any stories to tell, I never married, never had children,” says John Rickett when Everyday Northcote asked about his move to Cadness Street. “Because of my schizophrenia, I hear voices. But I like poetry,” he says. “Most of the poets – the ones that are any good anyway – are talking about listening to those voices and taming them into something beautiful.”

It’s hard to believe that someone like John who loves Shakespeare and James K Baxter doesn’t have a tale or two up his sleeve and, sure enough, over a cup of tea at his new apartment he starts to open up about the move.

“When they told me I had to shift, I thought I’d never make it. I’m 75 years old and I just thought I wouldn’t make it to the new place. But here I am.”

John recalls that the process took about a year. “In the last couple of months, we were waiting for the phone call, on tenterhooks, and then the call came and we had to move in five days.”

John has lived in Northcote since 1964, apart from a stint working in Mangakino where he lived in a caravan park. “I’m still friends with a lady I met there, she sends letters. She writes about her family, calls them by name – I don’t know these people,” laughs John. “She’s a very nice person, but I don’t know what she’s talking about half the time!”

“My new place is pretty good,” says John. “Open- plan living, it’s small but it’s a nice lounge, good size bedroom. I could fit a double bed in my bedroom I think, but I’ve just got a single.”

Most people John has talked to seem to like their new homes. “They’ve all got complaints about something or other,” he says. “But that’s what people are like, always complaining – we could all be under a bridge somewhere! I have nice neighbours though, in the 16 apartments, four people are from Greenslade Crescent and the rest are from different streets.”

Roderick Jones, one of John’s neighbours from Greenslade Crescent lives in the ground floor apartment opposite, across an internal walkway with garden beds and benches. “I just turned 65,” Roderick says, a milestone birthday.

Roderick’s partner Lesley Langman often stays over and the couple plans to marry next year. It was Lesley’s daughter who introduced them. “I think Lesley’s daughter might have fancied me herself at first,” says Roderick and they both laugh.

“We like living here. The kitchen is good,” says Lesley. “But there isn’t enough storage in the flat.”

“Apartment,” Roderick adds. “It’s an apartment, not a flat.”

Although the Cadness Street homes can certainly be described as flats too, Roderick has a point. Designed as three-storey walk-ups, the feel of the buildings is more like an apartment complex than tenants are used to. Many have come from standalone houses or single units.

For ground floor residents like Roderick and Lesley, the apartment is surprisingly self-contained. “It has its own little garden,” says Lesley. “In the summer we’re going to get some furniture and have a barbecue there.”