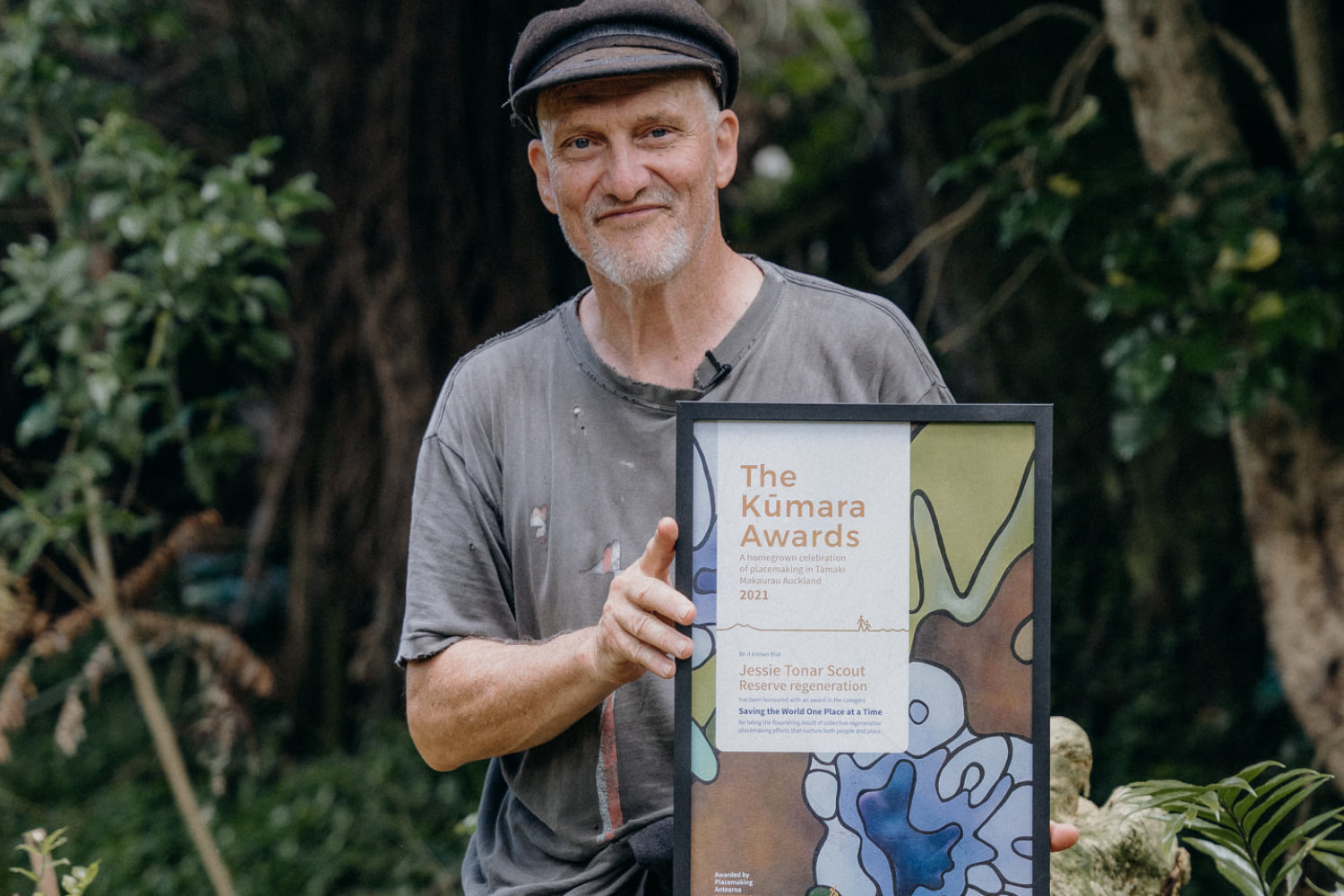 Placemaking in Jessie Tonar Scout Reserve, led by Kaipātiki Project alongside mana whenua, has been recognised with a Kūmara Award.

The Kūmara awards recognise outstanding examples of placemaking from all over Aotearoa, and celebrate the people who are transforming public spaces and in doing so, strengthening the ties between communities and these places.

Jessie Tonar Scout Reserve is the site of the puna (spring) which marks the beginning of the Awataha Stream and a key part of Te Ara Awataha, Northcote’s 1.5km greenway linking Northcote streets, parks and the town centre. The majority of the stream has been confined to an underground pipe since the 1950s. The regeneration and daylighting of the stream which is underway will aid stormwater management and improve ecology. Read more about Te Awa Awataha here.

Kaipātiki Project and Eke Panuku work alongside mana whenua and the community to guide the design for Jessie Tonar Scout Reserve and to restore the reserve’s ecology. Working with volunteers from the community, corporate groups, and rough sleepers (via the Street Guardians Programme) the Kaipātiki Project removes weeds, plants natives, and monitors water quality in the reserve. They also involve neighbours and locals in the reserve’s guardianship and restoration through monthly working bees.